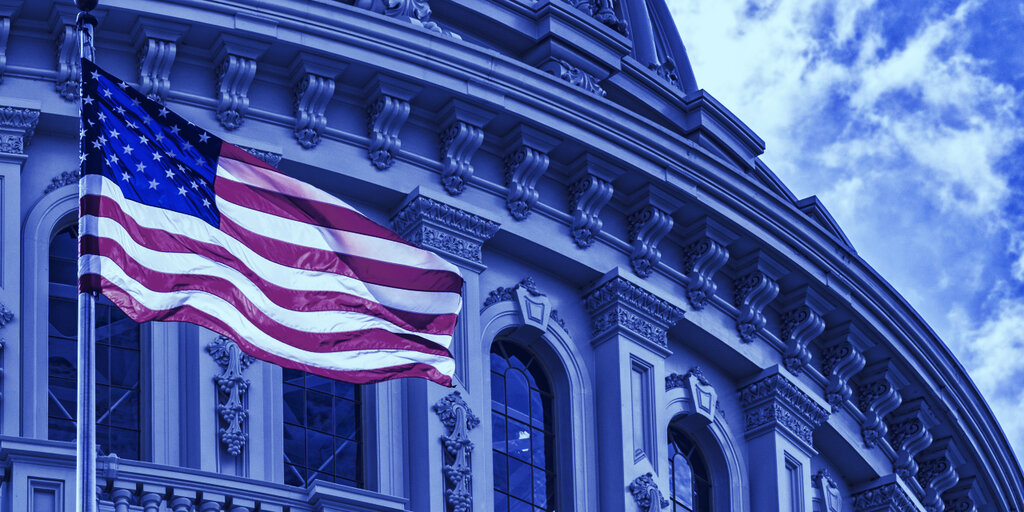 They say that once you’re famous, people start giving you things for free. Proving the aphorism true are all 541 Members of US Congress, whom the Chamber of Digital Commerce PAC is wiring $50—in American Bitcoin.

The point of the program, titled “Crypto for Congress,” is to get Bitcoin into the hands of top US lawmakers. As well as lining their virtual wallets, the blockchain advocacy group hopes the program will educate Congress about blockchain.

And while Congress might not understand Bitcoin, they do understand America. That’s why this Bitcoin is made in the USA. Core Scientific, a US mining hardware company, provided Bitcoin miners from Kentucky and North Carolina to mining pool Luxor, whose servers are in Iowa.

The Chamber of Digital Commerce is a Washington, DC-based blockchain advocacy group that comprises industry leaders such as Binance.US, Deloitte, Microsoft and JPMorgan. Its PAC, or political action committee, is a separate entity that donates money to political campaigns.

They also want the US government to draft a plan on how to become the world leader in blockchain. “The US, quite frankly, is not even on the playing field. And that’s concerning to us,” Perianne Boring, founder and president of the organization, told Decrypt.

But how is the Chamber of Digital Commerce supposed to lobby for specific policy changes if the Members of Congress have no clue about how Bitcoin works, or what it even is?

“It’s really hard to advocate for a specific policy issue or a legal issue when people don’t understand the underlying thing that you’re addressing,” she said. “So we’re really trying to start with the basis of simplicity for this campaign, and just help people get a better working knowledge of the technology.”

Alongside the gift, which in total cost the Chamber of Digital Commerce about $27,000, the advocacy group sent online educational training, a toolkit, and resources to all members of US Congress, “to help them engage directly in the cryptocurrency ecosystem.”

U.S. Representative Tom Emmer, who today received $50, called the program a “lightbulb moment” in a statement. Emmer, a co-chair of the Congressional Blockchain Caucus, said that Crypto for Congress “brings an opportunity for our entire Congressional community to join this generational shift in finance and technology.”

Boring said that providing money to fundraisers is but a small part of the Chamber’s efforts and that its PAC has probably given less than $10,000 in donations in its six-year history. Since the Bitcoin’s going to Representatives on both sides of the aisle, and is a trivial sum, Boring says that the initiative is purely an “educational campaign” rather than a lobbying attempt.

The views and opinions expressed by the author are for informational purposes only and do not constitute financial, investment, or other advice.
Hey Bitcoiner! Share us